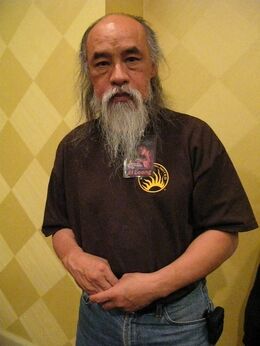 Albert "Al" Leong (born September 30, 1952), aka Al 'Ka Bong', is an American stuntman and actor. He portrayed the henchman Endo in Lethal Weapon, and an unnamed Triad member in Lethal Weapon 4'.

Leong has a cult following among action movie fans and had roles in films, such as Die Hard, Big Trouble in Little China, Death Warrant, Rapid Fire and The Scorpion King. He also has roles on TV, such as MacGyver and The A-Team. Leong also had a recurring role in the first season of Fox action-thriller TV series 24.

Leong is currently retired from the Hollywood film industry after suffering a stroke.

Retrieved from "https://lethalweapon.fandom.com/wiki/Al_Leong?oldid=9498"
Community content is available under CC-BY-SA unless otherwise noted.