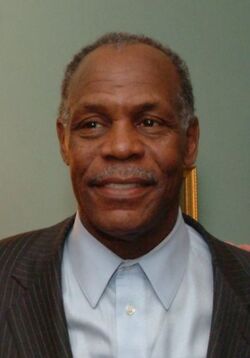 Danny Lebern Glover (born July 22, 1946) is an American actor, film director, and political activist. He is the actor behind Sgt. Roger Murtaugh in Lethal Weapon, 2, 3 and 4.

Glover is well known for his roles as Mr. Albert Johnson in The Color Purple, as Det. Lt. Mike Harrigan in Predator 2, as corrupt cop James McFee in Witness, as Det. David Tapp in Saw and as George Knox in Angels in the Outfield. He has also appeared in many other movies, television shows, and theatrical productions. He is an active supporter of various humanitarian and political causes.

Retrieved from "https://lethalweapon.fandom.com/wiki/Danny_Glover?oldid=12291"
Community content is available under CC-BY-SA unless otherwise noted.