"To protect and to serve"
―The LAPD's slogan 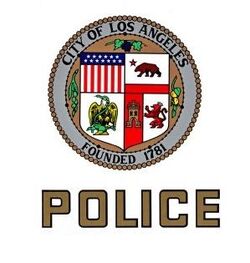 The Los Angeles Police Department (LAPD for short) is the police department of the city of Los Angeles, California. With just under 10,000 officers and more than 3,000 civilian staff, covering an area of 498 square miles with a population of more than 3.8 million people, it is the third largest local law enforcement agency in the United States. The department has also been associated with a number of controversies, mainly concerned with racial animosity, police brutality and police corruption.

In Lethal Weapon, detectives Riggs and Murtaugh are both the rank of sergeant in the L.A.P.D. They are briefly demoted to Patrolmen in Lethal Weapon 3. Later in Lethal Weapon 4, both are briefly promoted to Captain, particularly because of all the past damage they have done in solving their cases, with the police department losing their insurance carrier. They are promoted instead of demoted or fired because they are veteran officers. By being captains, it is assumed that they would cause less trouble, but are later returned to the rank of Sergeant after the events of the film. 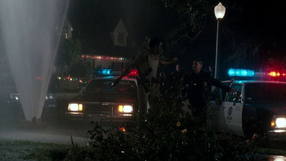 Police Helicopter
Add a photo to this gallery
Retrieved from "https://lethalweapon.fandom.com/wiki/Los_Angeles_Police_Department?oldid=12298"
Community content is available under CC-BY-SA unless otherwise noted.